How insurance is protecting coral reefs from hurricanes

In case of a hurricane crossing the protected areas, a payment is immediately made to the local populations

Figures from the Intergovernmental Panel on Climate Change (IPCC) are clear: 20% of the world's coral reefs have disappeared, 25% are in critical condition and 25% are threatened. The United Nations warns that unless drastic action is taken, coral reefs are likely to disappear by 2100. Why is this bad news? And how does insurance contribute to protecting coral? Let’s deep dive into the subject.

First things first: did you know that corals are animals? The small, rough-looking objects you see while diving are actually the corals’ skeleton. Unlike other animals, coral wears its skeleton on the outside. Inside are small polyps of the Cnidaria family, similar to tiny millimetre-wide jellyfish. These are composed mainly of a mouth and a stomach and secrete the limestone of their skeleton. The mouth is turned outwards to capture plankton in the water. The polyps live in symbiosis with microscopic algae (Zooxanthellae) which provide them with nutrients and give them their magnificent colours. 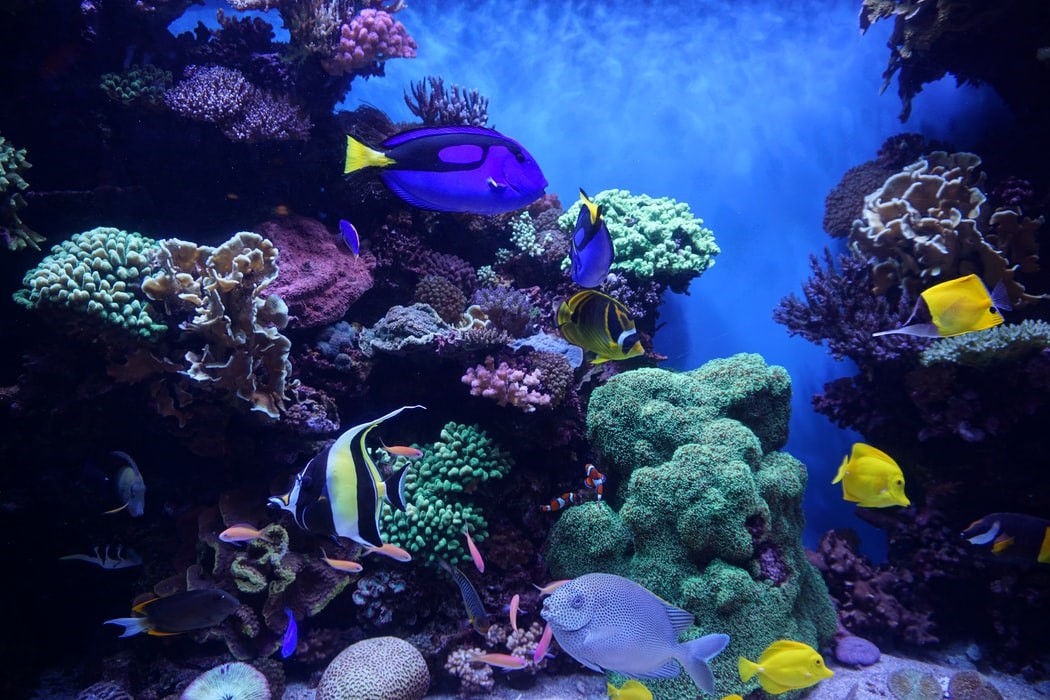 Figure 1:  Although making up just 0,25% of the ocean surface, coral reefs concentrate an estimated quarter of total marine life
Coral extinction is due to resource exploitation
‍
‍Overfishing is one of the main factors of decline in reefs as it affects their ecological balance. This is especially true if herbivorous fish species are depleted as algae overgrowth then suffocates the coral.

Of course, tourism has its share of responsibility: water pollution increases the nitrogen content of the water and encourages algae growth, not to mention careless boats and divers’ which damage the protective mucus on the surface ofthe coral.

Added to thisis global warming, causing a rise in sea temperature, and CO2 emissions, of which 25% is absorbed by the ocean modifying the pH of the water. The combined effect is causing unprecedented wavesof coral bleaching.

Surprising as it may seem, construction, mining, forestry and agricultural activities are also responsible for the decrease of corals, even if far from the coastline. They discharge sediments into waterways which end up in the ocean and deprive the corals of the light necessary for their survival. In short, coral reefs are one of the great victims of a global growth system based on the exploitation of natural resources.

‍There are three reasons why scientists are raising the alarm on coral reef extinction. First, they provide a protective habitat and refuge for many species. While the surface area of coral reefs represents less than 0.25% of the entire marine environment, it is estimated that 25% of the marine life on our planet is associated with them. In other words, coral reefs are marine supercities where one out of every four fish grow. Secondly, reefs protect humans from the violence of the sea, by acting as a natural dike against cyclonic swells. Finally, protecting coral reefs also means protecting the incredible beauty of these jewels of the sea and all the tourist activities associated with them.

AXA Climate is now doing its part to protect coral by providing parametric hurricane insurance to four key coral reefs on the Caribbean coast. These include Banco Chinchorro, Arrecifes de Xcalak, Hol Chan, and Turneffe Atoll off the coasts of Mexico, Belize and Honduras. Plans are already in place for the insurance programme to expand to other key sites along the full length of the 1,000km reef system, the second largest in the world.

The idea is simple: In case of a hurricane crossing the protected areas, a payment is immediately made to the local populations. They can then quickly carryout pre-defined restoration actions. These include rapidly removing debris that damages coral, reattaching broken coral before it dies, and cleaning the affected sites. The speed of action is absolutely crucial for the corals’survival. The cleanup should be done within hours or days of the hurricane striking. This means there is no time for insurers to visit the site to assess the extent of the damage. Thanks to a parametric trigger based simply on hurricane strength, this is not necessary. Potential damage and the corresponding payout is estimatedand agreed in advance according to historical data and scientific models. 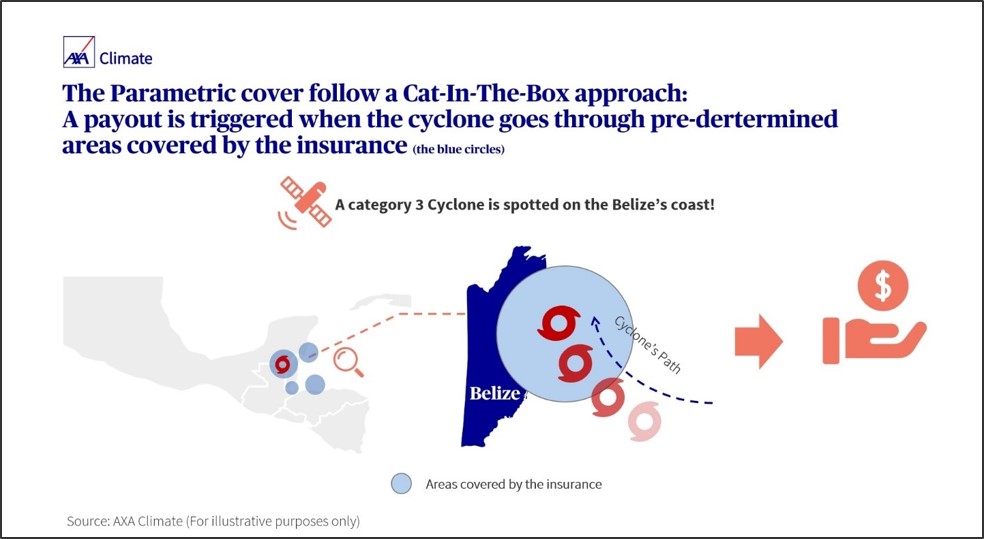 This innovative coverage is an inspiring example of insurance protecting the environment. But it also exemplifies a very successful public-private collaboration. The project is co-constructed by the Mesoamerican Reef Region Fund (Mar Fund), an interstate fund dedicated to coral reef protection in Central America, and the insurance sector (Willis Towers Watson for the designof the insurance solution, AXA Climate for the capital commitment). The project is partly funded by the Insu Resilience Solutions Fund (ISF), managed by the Frankfurt School of Finance and Management and financed by the German development bank KfW.


‍AXA has long been a committed player for ocean protection

‍AXA's commitment to protecting the oceans dates back 25 years and culminated in the launch of its Ocean Risk Initiative in 2017.

Under the initiative, AXA XL leads the development of the Ocean Risk and Resilience Action Alliance (ORRAA), a multi-sector collaboration designed to attract investment in coastal natural capital through pioneering financial and insurance products.

AXA XL is also developing a ground-breaking Coastal Risk Index (CRI) with a number of scientific partners. The aim is to integrate the benefits of coastal ecosystem protection into insurance models. The index calculates the risk to coastal assets by 2050 under different climate scenarios and measures the fiscal risk caused by ecosystem loss or degradation. It will allow insurers to put a price on this new, poorly understood risk, and also help governments manage their budgets and have quantified arguments for strengthening their ecosystem protection.

With The Nature Conservancy, AXA XL is a founding partner in the creation of Blue Carbon Resilience Credits. These tradable credits  value the benefits of carbon sequestration (long term storage) and coastal protection.

Since all this relies on education and knowledge, AXA has launched an Ocean Education program, already taught to 8 million children and teenagers around the world. AXA also finances numerous research projects on marine biodiversity through the AXA Research Fund and the Ocean Risk Scholarship. The latter funds ocean risk research by young scientists. Let’s stop the list here!

In conclusion, this innovative insurance coverage for coral reefs is only the second of its kind in the world. Yet all the conditions are in place for the movement to expand. Trust AXA Climate to be at the forefront!
CONTACT US   ➞
